Inorganic Surfatas has a a portfolio of broad spectrum antimicrobial silver additives with action against both Gram positive and Gram negative bacteria, as demonstrated in testing at independent laboratories using common industry standards such as JIS Z 2801:2000 - a quantitative measurement of remaining viable microorganisms on polymer, ceramic and other composite type surfaces. One of our versions is particularly suited for transparent plastic applications.

Treated materials are inoculated with a known quantity of microorganisms, incubated for 24 hours and then the surviving microorganisms are recovered and counted to determine microbial count reduction, as illustrated in the attached chart. An inoculant of nutrient and a known high population of bacteria is placed on the surface of several polymers. Instead of normal population growth, the population dramatically falls because of the technology. Surfatas AG works by gradually releasing silver ions in the presence of normal moisture.

We offer these technologies in compounded or masterbatched form for easy-to-use processing. As a result, your product surface inhibits the growth of organisms upon it, and functions better. Our materials are compatible with your polymers, and deliver the performance expected.

Contact us for a more specific discussion about your application, targeted contaminants, operating conditions and the appropriate products.

"We have over a century of product development experience in regulated industries, modifying materials for products in medical care, food handling, potable water processing, architectural / construction and consumer use. 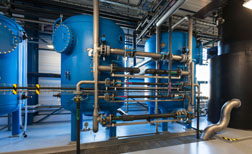